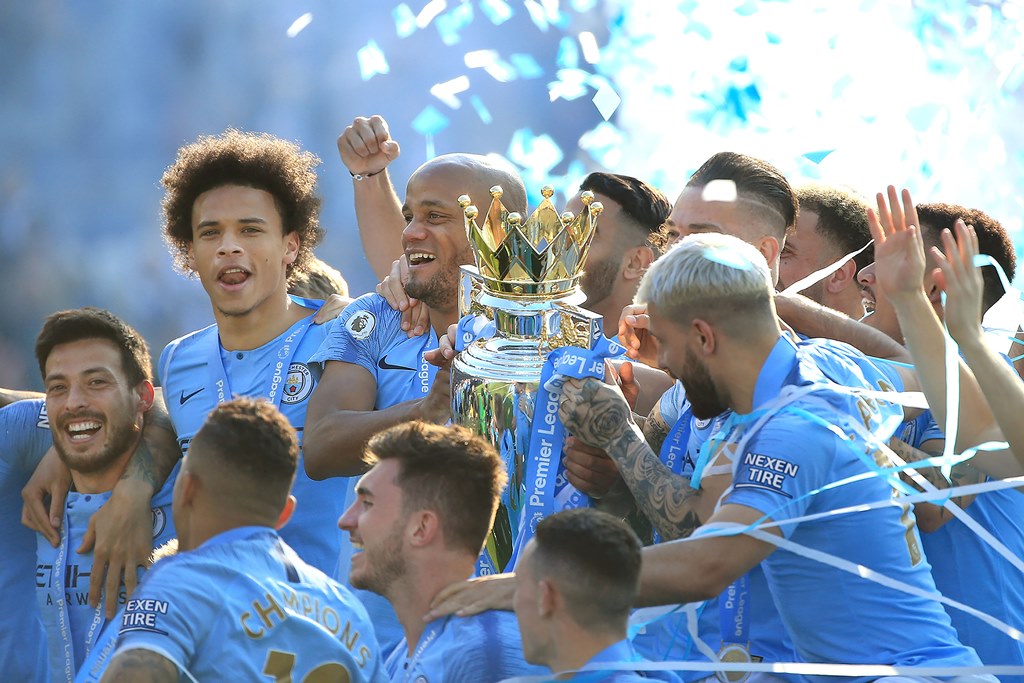 (SEOUL, Korea, May 13, 2019) – Nexen Tire, a leading global tire manufacturer, celebrates the win of Manchester City Football Club (Manchester City), its long-time Official Partner of the Premier League, on their outstanding victory in the 2018/19 Premier League title for two years in a row.

On May 12, Manchester City defeated Brighton & Hove Albion Football Club (Brighton) 4-1 making it the sixth league title to be won by the Club. Throughout the season, Manchester City and Liverpool went back and forth, trading the lead. When the championship for the 2018/19 season drew near, Manchester City’s last game against Brighton was a significant win as the Club has won the Carabao Cup and Premier League for the second year in a row.

“As the Official Tire Partner of Manchester City, we would like to congratulate the Club for their outstanding victory,” said Travis Kang, Global CEO of Nexen Tire. “Ever since we partnered with Manchester City and became the Official Sleeve Partner, the Club continued to display records of success. Not only is this meaningful for the company, but this is also a reminder of the hard effort and team work that the Club put forward.”

“It was another momentous season for Manchester City and Nexen Tire is proud to support and be a longstanding partner with Manchester City in this winning season and we will continue to reach out to more fans globally and drive our brand awareness.”

Nexen Tire extended its multi-year partnership with Manchester City in March 2017, becoming the first ever Official Sleeve Partner in the EPL history. Since the partnership, Manchester City has been on a continuing success with two Premiere League wins for two years in a row. Through this partnership, the company has been increasing its global brand awareness and plans to continue its wide range of marketing efforts with the club. 2019 is also a momentous year for Nexen Tire as it completed four major facilities – R&D centers in Magok, the US, and Europe as well as a new plant that will open in Europe. With Nexen Tire’s accomplishments and Manchester City’s second-year win, the two partners created a synergy effect.

Nexen Tire, established in 1942, is a global tire manufacturer headquartered in Yangsan, South Gyeongsang Province, and in Seoul, South Korea. Nexen Tire, one of the world’s fastest growing tire manufacturers, works with 491 dealers based in 141 countries around the world (as of July 2015) and owns three manufacturing plants – two in Korea (Yangsan and Changnyeong) and one in Qingdao, China. Another plant in Žatec, Czech Republic will be operational by 2019. Nexen Tire produces tires for passenger cars, SUVs, and light trucks with advanced technology and excellence in design. The company also focuses on producing UHP tires, which are based on advanced technologies. Nexen Tire supplies OE tires to global car makers in various countries around the world. In 2014, the company achieved a grand slam of the world‘s top 4 design awards for the first time amongst the various tire makers in the world. For more information, please visit http://www.nexentire.com.