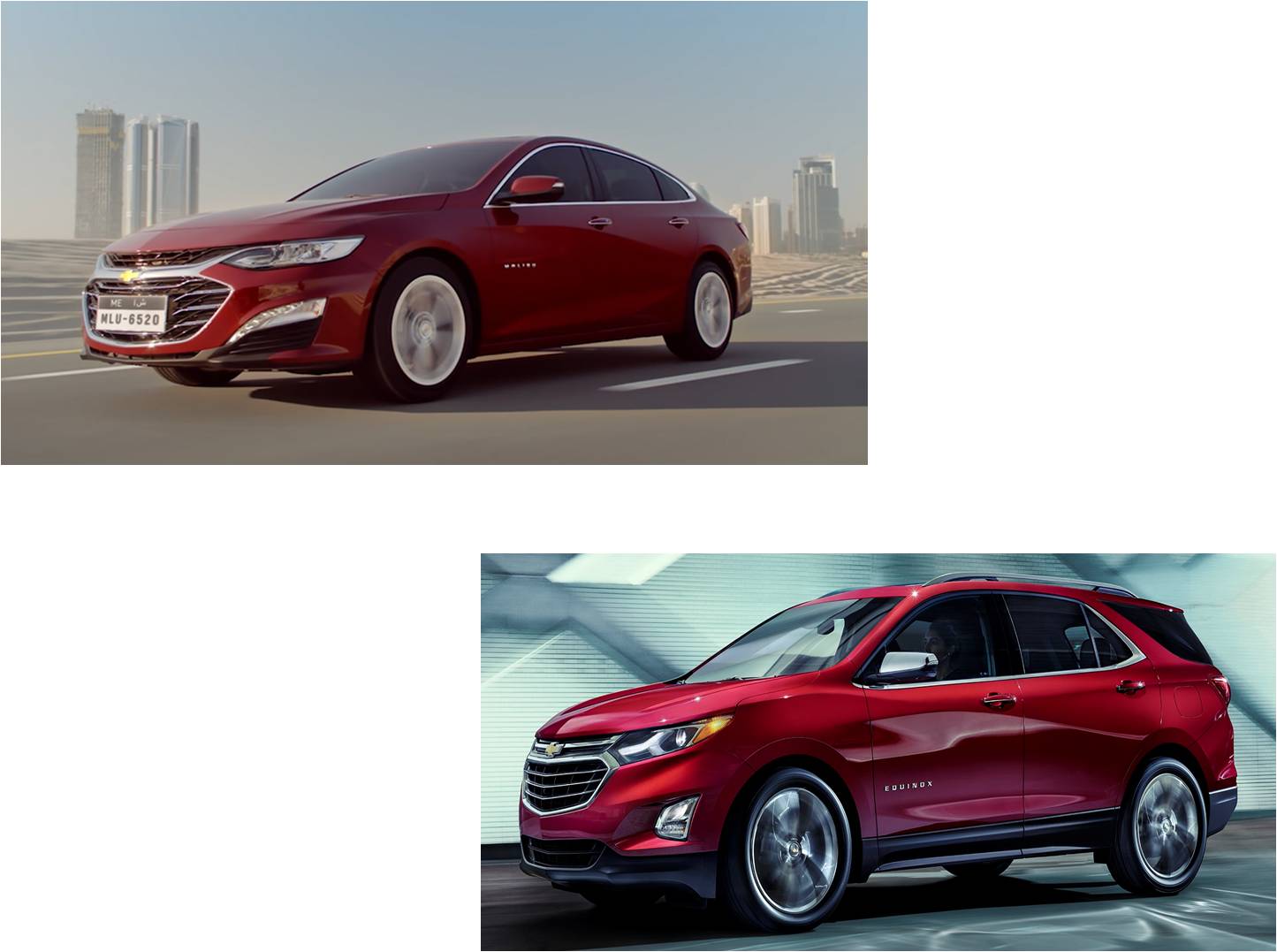 In our region where small engine size is generally frowned upon, Chevrolet is challenging convention. The company now offers a range of turbocharged engines across its vehicle range that are small on fuel consumption yet big on power. The Chevrolet Equinox crossover and Malibu sedan offer these modern, newly designed force-fed units in varying capacities.

A turbocharged engine is focused on efficiency and uses exhaust gases, which would have otherwise been wasted, to spin a turbine that pushes more air into the cylinders to create increased power while consuming smaller amount of fuel.

The Malibu’s all new 1.5L I-4 turbocharged engine, delivers a healthy 163 horsepower and 250Nm of torque at 2,500 to 5,000 RPM. On a single tank of about 62 liters, the Malibu delivers an astonishing driving range of up to 1,000km! That equates to a fuel economy of 16.7Km/L; amongst the best in its class. The 2.0L engine, available in the Chevrolet Malibu LT 250HP and Premier 250HP, is mated with a six-speed automatic gearbox to deliver thrilling performance, while returning a fuel efficiency of 14.2 Km/L – which translates to a driving range of 880 Km on a full tank. In its highest state of tune, the unit produces over 250 horsepower.

In the Equinox Premier, the 2.0L engine is tuned to deliver 252 horsepower and a substantial 352 Nm of torque for punchy performance and sprightly in-gear acceleration. This makes the Equinox the perfect city vehicle with reserves of power for safe overtaking maneuvers and merging with fast moving traffic.

Furthermore, the engine is mated with a modern, all-new nine-speed transmission. This not only allows the turbocharged unit to operate in its optimum revs, it also helps improve the fuel efficiency to just 13.6 Km/L. This allows the Equinox to strike a great balance of performance, while reducing the cost of running by cutting fuel consumption.

Also available in the Equinox is General Motors’ highly efficient 1.5L I4 turbocharged engine for even greater fuel economy of 15Km/L. The engine is paired with General Motors’ proven six-speed transmission and develops 170 horsepower, which is almost the same amount of power a much bigger 2.4L naturally aspirated engine makes.

With its state-of-the-art technology Chevrolet is not only delivering on its performance promise, but doing so while keeping fuel consumption low. In essence, Chevrolet’s turbocharged engines offer the best of both worlds.

Founded in 1911 in Detroit, Chevrolet is now one of the world's largest car brands, doing business in more than 115 countries and selling more than 4.0 million cars and trucks a year. Chevrolet provides customers with fuel-efficient vehicles that feature engaging performance, design that makes the heart beat, passive and active safety features and easy-to-use technology, all at a value.

The Chevrolet portfolio for the Middle East for 2020 features award-winning passenger cars such as the Spark, Malibu, Camaro and All-New Corvette; crossovers such as the Equinox, Blazer and Traverse; as well as SUVs and pickups including the Tahoe, Suburban and All-New Silverado Light & Heavy Duty.